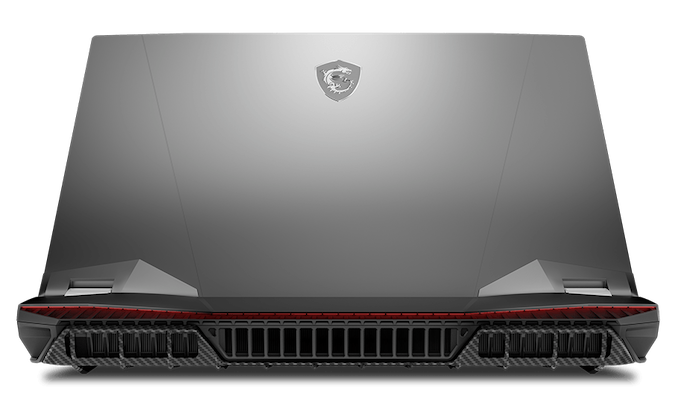 In our series of laptop buyers guides, here’s the latest update to our list of recommended gaming laptops. All numbers in the text are updated to reflect pricing at the time of writing.

Along with our quarterly laptop guide, near the end of every year we also like to take a look at the state of the gaming laptop market. With a much more cyclical upgrade cycle, gaming laptops tend to evolve in lockstep with the major components inside them. For the gaming laptop market, this includes not only more powerful CPUs, but also more unique (for a laptop) components like discrete video cards, mechanical keyboards, and perhaps an IPS panel or high-refresh TN display. All of which come together to make a breed of laptop that is very different from the kinds of machines that define the mainstream and professional markets.

On the CPU front, Intel has not yet released their 10th generation processors in the H-Series 45-Watt range we see in gaming notebooks, so if you're after Intel, 9th generation Core is still the name of the game, but you can get up to eight cores now in this TDP. AMD also offers their H lineup with the Ryzen 7 3750H and Ryzen 5 3550H, both of which do include a Vega GPU. On the GPU front, NVIDIA is the leader in the notebook space, and over 2019 they've expanded their RTX range with Max-Q designs for thinner devices, as well as expanding the Turing architecture to laptops based on the GTX range with the 1650, 1660 and 1660 Ti. AMD hasn't been as prevalent, but this quarter they launched the 7 nm Navi based RX 5500M for notebooks which should score them some design wins, on top of the older Polaris based laptop GPUs found in a couple of devices.

As always, we’ll break the guide down into several segments to serve various markets, from low-cost to mid-range, high end, and ultimate gaming.

If you need gaming on a budget, you can get a surprising amount of performance these days without breaking the bank. 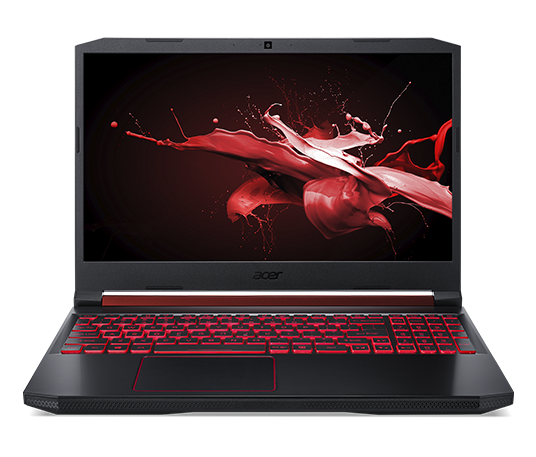 Gaming laptops can get incredibly expensive, but at the other end of the market you can still get reasonable performance for a lot less cash, and Acer's Nitro 5 really fits the bill here, especially the AMD powered model featuring the Ryzen 5 3550H and RX 560X GPU. We reviewed the previous generation of this device and found it to be very competent, with great cooling, and a pleasing design. The current model fixes some of the shortcomings with the swap to the Ryzen 3000 series APU, offering better performance and much better idle power draw. Although a low-cost laptop, Acer outfits it with 8 GB of RAM and a 256 GB SSD making it punch above its weight, and the 15.6-inch IPS display offers a 1920x1080 resolution which suits the GPU well. With an MSRP well under $700, the Acer Nitro 5 is an excellent way to step into a gaming laptop on a budget. Acer also offers this model with Intel processors and the GTX 1050, for slightly more money. 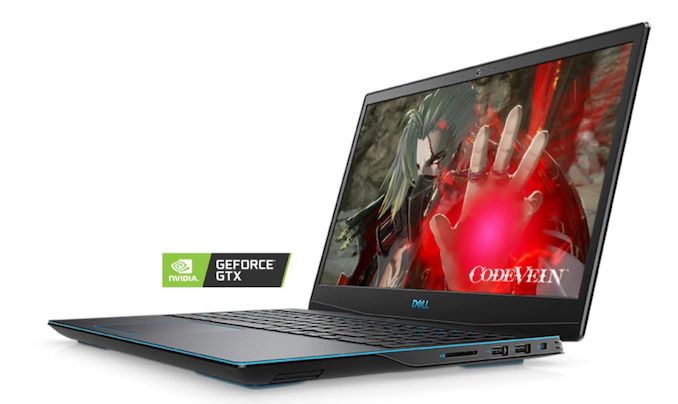 Dell's G3 15-inch starts at $700, offering a Core i5-9300H and GTX 1050, coupled with 8 GB of RAM and a 1 TB HDD, so if you're into light gaming like League of Legends or Fortnite, this will be all the muscle you'll need. For those looking for a bit more grunt, Dell offers a GTX 1650 verison for $100 more, which is a significant upgrade in performance, and that model also comes with a 128 GB SSD boot drive, paired with the 1 TB HDD. And if you want even more performance, the GTX 1660 Ti is available with a 512 GB NVMe SSD for $870. That should easily drive the 1920x1080 display for most modern games even with the settings cranked up. Dell's G3 series also looks great with the blue accents. 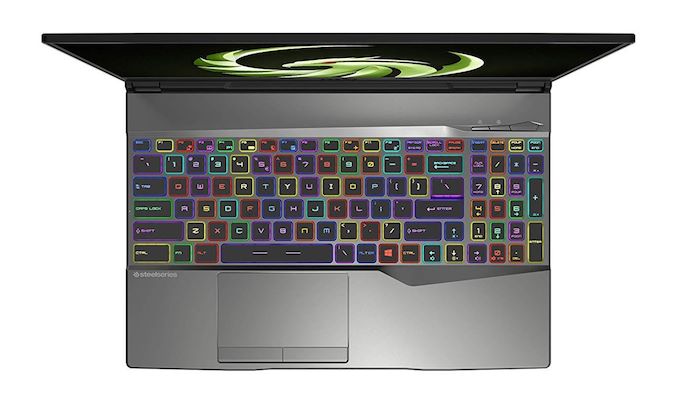 MSI's Alpha 15 features AMD's latest laptop gaming combo: Ryzen plus Navi. Featuring the Ryzen 7 3750H coupled with the Radeon RX 5500M, we've got our first look at a 7 nm GPU in a laptop. Despite still starting under $1000, the Alpha 15 offers a 120 Hz IPS display, 8 GB of RAM (single-channel, but upgradable) and a 512 GB SSD. The higher-end version bumps the RAM to 16 GB of dual-channel, bumps the display to a 144 Hz IPS panel, and adds in a SteelSeries keyboard with per-key RGB backlighting. If you're in the market with about $1000 to spend, the Alpha 15 is worth a look.

Stepping up to mid-range devices brings a significant number of upgrades to improve the gaming experience. Faster CPUs and GPUs is a given, but once you get into this segment, gaming laptops start to offer much faster refresh rate displays, which can provide incredible smoothness, assuming your GPU can keep up. Better build quality and RGB backlit keyboards are generally also available. 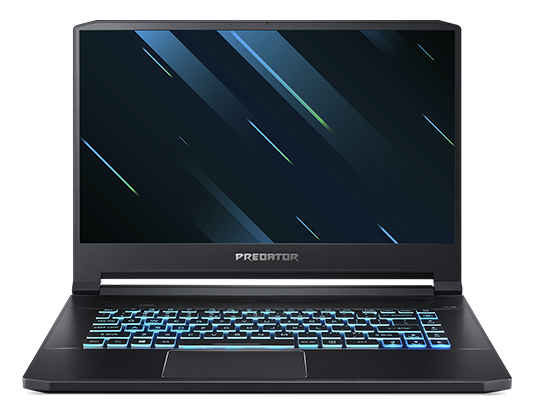 Acer's Predator Triton 500 offers a fantastic design, solid build, and powerful components in a laptop that is still compact and portable. For 2019, Acer offers the Triton 500 with the Core i7-9750H, and a choice of three RTX GPUs in the RTX 2060, RTX 2070, and RTX 2080 Max-Q. Acer's signature gaming laptop also provides a 144 hz 1920x1080 IPS display, but also the choice of whether you want NVIDIA's Optimus technology to disable the RTX GPU for power savings, or NVIDIA's G-SYNC to provide smoother framerate on the high refresh rate display. It does this with a software triggered multiplexer to choose whether the GPU is directly connected to the display for G-SYNC, or if it's routed through the integrated GPU for Optimus. This feature provides the best of both worlds, especially in such a portable laptop, and is one that most of Acer's competitors do not offer. The Predator Triton 500 can get very expensive when fully outfitted, but Acer's base price still offers 16 GB of DDR4 and a 512 GB SSD in one of the best chassis they've ever designed for $1699. 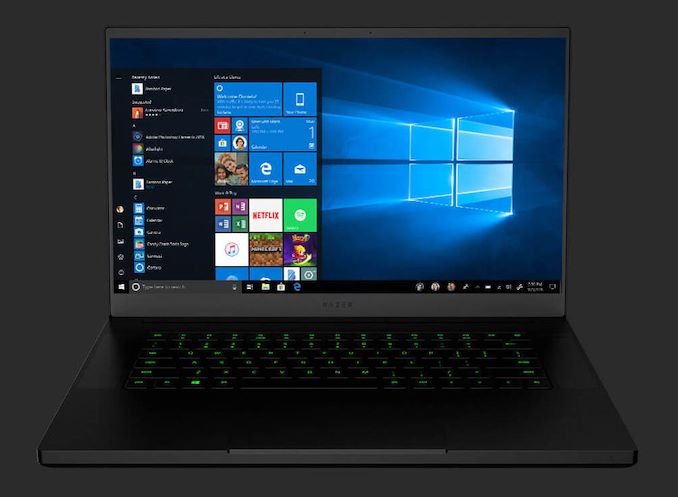 Razer's Blade keeps getting improved, and offers arguably the most premium gaming laptop chassis around. The design team has continued with the CNC milled aluminum chassis, and the squared-off edges and thin bezels really bring a modern look to the Blade 15. Razer offers a significant amount of choice in the GPU, from the GTX 1660 Ti all the way to the RTX 2080 Max-Q. The CPU stays consistent though with the Intel Core i7-9750H Hex-Core procssor. The least expensive model offers a 1920x1080 60 Hz IPS display, and you can get a 144 Hz IPS as well, and a 240 Hz on the RTX 2070 and RTX 2080 Max-Q models, with the top model also offering an optional 3840x2160 OLED display. There's plenty of storage options as well, with SSD and HDD options, and a couple models are even offered in the Mercury White color scheme. Razer's Blade lineup has always been about maximum performance in a thin and light laptop, and that tradition seems to be staying steady with the current lineup. Prices start at $1499.99, and go all the way up to $3299.99 with the RTX 2080 Max-Q and OLED.

These are laptops that can't really be used in your lap, due to the weight and cooling capabilities, but these devices offer the ultimate in performance. Desktop Replacement laptops are built to be plugged in all the time, sitting on a desk, but with the convenience of being able to lug them around if needed, unlike the desktop systems they replace. 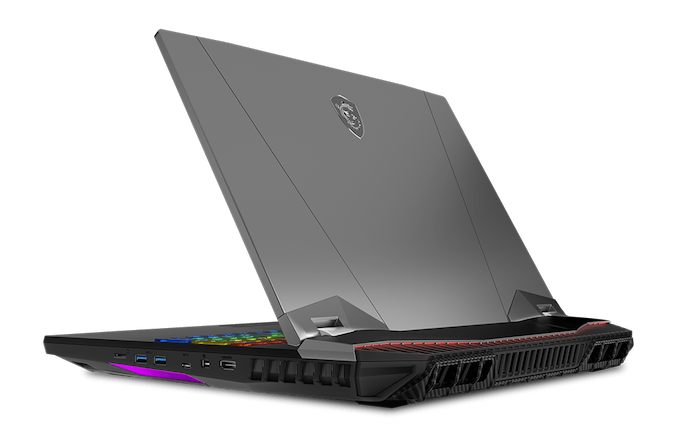 MSI's GT series of laptops is their pinnacle, and the new GT76 Titan DT takes it to a new level. The DT stands for Desktop, which is because the GT76 Titan DT offers socketed desktop processors in either the 8-core Core i7-9700K with a max turbo of 4.9 Ghz, or the 8-core, 16-thread Core i9-9900K with a max turbo of 5.0 Ghz. This 10 lb monster is offered with either the RTX 2070, or RTX 2080 GPU, and up to 64 GB of RAM and 2 x 512 GB SSDs plus a 1 TB HDD. The GT series has always performed very well in cooling, so adding a few more watts of CPU cooling shouldn't trouble this device too much. MSI's GT series also offers a per-key RGB backlit SteelSeries keyboard, which is one of the best on any gaming laptop. The 17.3-inch display can be had with a 1920x1080 resolution in 144 Hz or 240 Hz IPS-level panels, or you can opt for a 3840x2160 60 Hz display with 100% Adobe RGB. Prices start at around $2299 and go way up from there, with a fully-outfitted model costing well over double the entry level price. It's not inexpensive, but you'd be hard pressed to find a better gaming laptop than MSI's top-tier model. 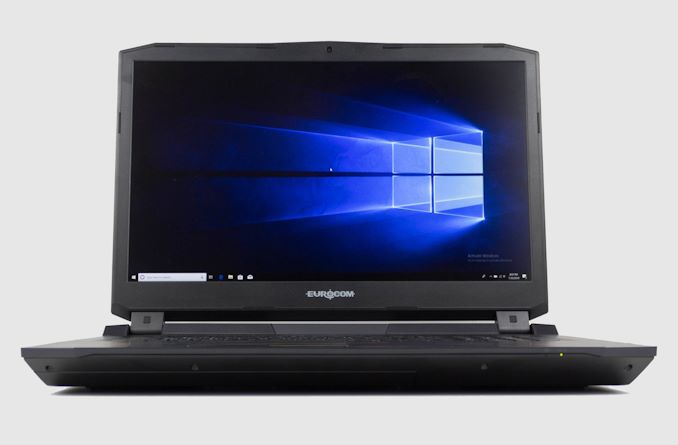 If you're all about absolute performance and minimum price, Clevo's lineup offers far more performance-per-dollar than anything else. We've reviewed the Eurocom Sky X7C and the team at Eurocom offers a huge amount of customization to fit almost any price bracket. This model is outfitted with desktop-class processors, up to the Core i9-9900K, and up to the RTX 2080 GPU. The cooling system can handle this with aplomb, never even reaching 50 dB. Being based on a Clevo, the chassis is decidedly downscale compared to something like the above mentioned MSI GT76, but the cost savings are significant. If you're looking for the ultimate in performance for the least amount of money, check out Eurocom's Sky X7C.